The CEO/CIO Relationship: A Vital Tie

In its look at the top 10 strategic technology trends for 2019, Gartner notes that businesses need to address an astounding number of technologies that will change the way companies run, their business models and their internal processes. 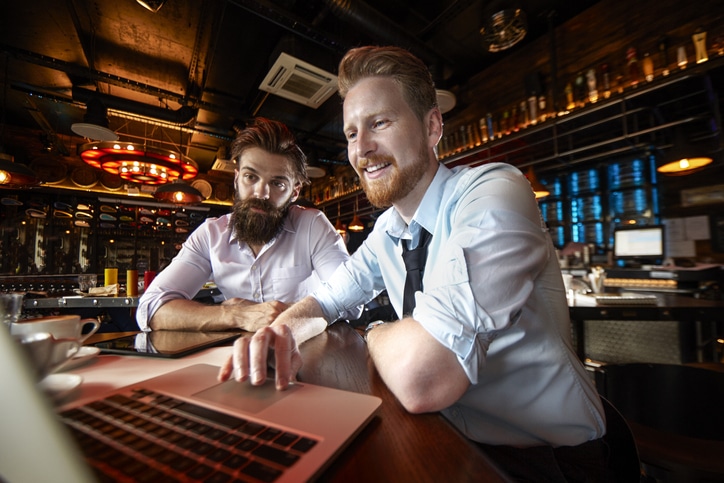 From the rise of artificial intelligence and autonomous objects to augmented analytics programs and immersive technologies, companies must consider what technologies they, their customers and their competitors expect and adopt.

Today, that means that c-suite leaders need to reconsider the roles of and the relationships between the CEO and CIO.

What Are the Traditional Relationships Between CEOs and CIOs?

Consider the paths to leadership for both roles. CEOs today, especially in non-tech companies, typically rise due to their acumen on the business side of a company. They demonstrate leadership and mastery of product or service areas, delivering consistently impactful results (particularly in revenue). The CEO has a public-facing role and commands authority, shaping the marketing messages, interpreting financial results and assessing sales past and future.

The CIO has likely grown up on the technology side. At many businesses, the CIO’s role traditionally has been to “keep the lights on,” focusing on keeping networks operational, overseeing system installations, upgrades and maintenance, and keeping users, endpoints, websites and networks protected.

In many companies, the CIO has not even been a direct report to the CEO and their relationship has been relatively distant.

The different backgrounds and, in some cases, language used in the two roles has made it difficult for the two leaders to have productive relationships.

What Is Different Today Regarding the CEO/CIO Relationship?

Digital transformation is at the heart of growth and progress. There are few if any industries that not being shaped, influenced and changed by the increasing reliance on digital technologies. That makes the role the CIO plays very different than it was just a few years ago.

The prevalence of technology as a key driver of business strategy, structure and outcomes means that IT can no longer be considered a cost center. It needs to be at the table when key decisions are made about a company’s future direction, investments, hiring, and prioritization.

“As CEOs increasingly turn their attention to digital innovation as a top priority, they are counting on CIOs to drive it,” noted a recent article. “The IT leaders they used to frown at in budget meetings are now considered strategic business partners.”

This shift can be unsettling, especially among other executives who have not stayed abreast of their technical skills and knowledge.

What Needs to Change in the CEO/CIO Relationship?

Communication is one of the most essential skills to develop in a new relationship. The CEO needs to understand the technologies, the scope, the potential impact and the risk of not moving forward with opportunities. CIOs also need to be fully conversant with the business’ priorities, goals, objectives and present state of technology adoption and use.

One important aspect of the changing relationship is inviting the CIO to the table. Recent versions of the annual Harvey Nash/KPMG survey show the evolution of role and influence has begun but is still not where it needs to be.

The 2017 survey notes that “the CIO has progressively become more influential.” The number of CIOs at the table has grown, from 38 percent reporting being a part of an executive committee in 2005 to 62 percent in 2017. Three-quarters reported attending board meetings in the past year to discuss IT strategy, digital transformation, technology investments and cybersecurity.

The 2018 edition notes that CIOs among companies considered digital leaders are likely to have more of a strategic role. The most effective are able to frame for the CEO the advantages of digital transformation around revenue growth.

“They work with the executive team to influence and guide the enterprise on the effective use of digital technologies,” the article notes. “They help create a vision on how to use digital to transform the enterprise and grow.”

The changes represent a shift in how the CEO and CIO relationships are changing. Access to board members, involvement in critical decisions and influence in the c-suite are all reflections of how CEOs perceive and value the CIO role.

However, there is still room for improvement. Even the CIOs among the top 25 percent of companies demonstrating digital leadership only rate 59 percent on a scale of strategic influence.

There are shared responsibilities in order to change to a high-impact CEO/CIO relationship. The CEO needs to lead by example, signaling the importance of digital transformation and the CIO’s lead role in achieving it. CIOs need to bring ideas to the table that relate to the business outcomes and opportunities available, not just “shiny new gadgets.”

What If My Business Is Too Small to Have a CIO?

Digital transformation is not just for enterprises. Small- and medium-sized businesses also need to leverage the technical opportunities to differentiate and grow. For many SMBs, that means turning to a “virtual CIO” relationship with a managed IT service provider that can deliver IT consulting, assessments, strategy, solutions and budgeting. Working closely with a CEO and other business leaders, the virtual CIO can provide the insights and vision necessary to leverage the changing digital landscape.

A powerful relationship between the CEO and the CIO, whether internal or through a managed services provider, is essential for transformation to be successful.