Save Money, Be Spied On?

Although we’re in the habit of discussing ways to keep your business more secure, we unfortunately have to discuss how to keep yourself more secure against a business. Walmart recently filed a patent that could potentially be used to undermine the security of everyone there, from shoppers to employees. We took the time and dug into the jargon in the patent to give you a better look at the situation.

What “Listening to the Frontend” Has to Say
The patent, US010020004, depicts and describes a new method of data collection that could very well never be implemented. However, Listening to the Frontend, as it is titled, paints a concerning picture of how this technology could easily be abused at the expense of both customer, and Walmart employee.

This is effectively a patent that stakes a claim to a particular method of recording the checkout process and the surrounding environment – sensing how many people are in line at a given time, so that another checkout aisle can be opened if needed. The goal is to increase customer satisfaction and cut back on costs, or as the patent puts it, “Tracking performance metrics for employees to ensure that the employees are performing their jobs efficiently and correctly can aid in achieving these cost savings and increases in guest satisfaction.” The system described in the patent would collect the data needed to determine many key metrics, including the efficiency of the bagging process based on audio input of the beep of the scanner and the rustling of the bags, the greetings that employees are using to interact with the guests, and even how long lines are at each checkout by analyzing the distance between the podium and the source of different sounds.

Did you catch that? Despite a statement that claimed with no uncertainty that this system would not be listening in on conversations between the customer and the employee, the patent itself disagrees somewhat by mentioning the system’s capability to “process the audio of the conversations to determine whether the employee stationed at the terminal is greeting guests.” It continues by clarifying, “If however the performance metric is based on the content of the conversation (e.g., was a specific greeting used or script followed), the system can process the audio detected by the sound sensors 102 (e.g., using speech recognition) to determine the performance metric.”

Why is Walmart Listening In?
The same reason most businesses to most anything – there’s money involved.

The patent makes it clear that the purpose of this system is to gather the performance metrics necessary to properly optimize the efficiency of the point-of-sale, which means that Walmart can get more customers out the door with less of their money left, and by doing so, make greater profits. Of course, this is not unexpected. Walmart is a business, after all, and so they will of course do whatever they have to in order to make as much money as they can. Even if shoppers don’t necessarily like how it is done, the idea of getting home sooner is a powerful motivation to shrug it off and adjust. If it means that less time is spent shopping, how bad could Listening to the Frontend really be?

Assistant Professor Ifeoma Ajunwa (of Cornell’s Industrial and Labor Relations School) has a few counterpoints, as she has recognized the amount of damage that this could lead to down the line.

The issues lie largely in the fact that Walmart’s employees have no union to protect their rights, which means that they pretty much don’t have the right to privacy in the workplace. Therefore, all Walmart has to do is establish that Listening to the Frontend had nothing to do with discrimination, and suddenly, the system can be legally installed without the employees being informed. Now think about anything you may have said about an employer when you thought nobody was listening – but we’re jumping ahead a bit.

For the moment, let’s play this out under the assumption that yes, these systems are intended to measure efficiency, exclusively, when they are installed. There is another concern that the study that Professor Ajunwa produced with her colleagues, Limitless Worker Surveillance, addresses that becomes extremely relevant: something called “mission creep.”

What is “Mission Creep?”
Technically speaking, this patent recognizes Listening to the Frontend as the idea for a productivity tool, a method of collecting the data necessary to adapt to changing circumstances so that the workflow can be optimized. If a line gets to be too long, other aisles will be opened up to account for the overflow – that kind of thing. Unfortunately, mission creep could quickly turn an okay thing into a potentially very bad thing – as it effectively refers to how technology can have its purpose changed, after it has already been implemented.

So, thanks to mission creep, even though the technology that is featured in Listening to the Frontend is officially meant to evaluate the length of lines and redistribute customers to keep traffic flowing, it could easily turn into a Big Brother-esque means of evaluating an employee’s performance while they work the register. This technology could clearly be used to collect the kind of data that could potentially “warrant” some form of corporate punishment.

Did you snap back at a crabby customer? Suspended. Are your lines consistently too long because you like to chat with the customers? Well, you’re fired.

How Else Surveillance can Affect Your Staff
Professor Ajunwa had more to say about the influence of systems like these. First of all, while these kinds of tactics are meant to increase productivity and efficiency, the opposite effect is just as common. On top of that, it can also make employees feel distrusted and unappreciated, which leaves them less engaged in their work. Guess what that doesn’t help to boost? Efficiency! Do you tend to work faster when you know that someone is watching?

Of course, Walmart is nothing more than a business, so of course they’re going to try to increase efficiency as much as possible. However, there are much better ways to do it than (potentially) secretly spying and evaluating their employees.

A Better Way
Here’s the thing about an employee – they won’t be surprised to learn they’re being watched if you tell them about it up front. So do that – make the announcement a part of a prospective hire’s onboarding process, and let them make the decision over whether or not they are comfortable. Inform them, again from the start, of the consequences of abusing, mishandling, or otherwise misbehaving with company equipment and time. Then, once everyone knows what will happen if they goof off, stay true to your word.

The problem that Walmart is having isn’t that they have the potential to listen in on their employees and customers, it’s that they aren’t being forthcoming about it, burying it in the legal jargon of a patent. That’s why people are concerned, more than any other reason.

People aren’t stupid – they get that there are valid and justifiable reasons for an employer to monitor the usage of their business’ computer network. They know that an employer will want to double-check that they aren’t checking their social media when they should be crunching numbers, or shopping when they should be ordering supplies, or watching some silly animal video when they should be watching a new training. There is a time and place for those things, and the office isn’t it

If you want a fair way to keep your employees honest about their use of work technology, without constantly overseeing them, Palindrome Consulting can help. We have the solutions to help you limit distractions and ensure efficiency, all while keeping your network secure. To learn more, call us at 305-944-7300.

Do You Know What Your Current IT Services Provider Is Doing For Your Organization? 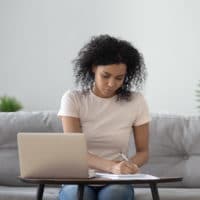 Coronavirus & Remote Work – Is Your Staff Staying Productive At Home? 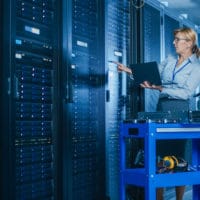 Managed IT Services In Fort Lauderdale 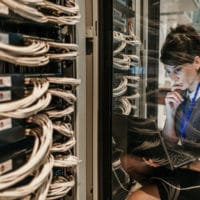 Who Offers IT Support In Fort Lauderdale?

Know Someone Suffering From Bad IT Support?

Palindrome Consulting | IT Services & IT Support
4.9
Based on 12 reviews

Nelson T
20:32 25 Jun 19
Palindrome Consulting has proven itself time and time again to be the epitome of professionalism and technical... expertise. They take the time to listen to your needs and then apply their wealth of technical knowledge to create truly innovative and robust solutions. They truly deliver piece of mind.read more
Next Reviews
Palindrome Consulting